Canadian pop artist Alexe Gaudreault, a native of Dolbeau-Mistassini, QC, has released a new music video for her current hit single “Echo” off her debut, eponymous album. The LP received praises from iTunes staff and was named by Canadian Music Blog as 2016’s Album of the Year among 570 releases, beating out Drake and Céline Dion.

Alexe came to the attention of the masses in 2013 when she was selected as a contestant on The Voice Season 1. While the JUNO Awards often struggle to attract more than 1.2 million viewers, Alexe Gaudreault’s performance of Jacques Brel’s classic “Quand on a que l’amour” on The Voice was watched by two million strong.

Gaudreault hooked up with musical director and composer John Nathaniel and lyricist Mariane Cossette-Bacon releasing a three-track EP which contained the song “Placebo”. The song went ballistic: a BDS Top 10 hit for 47+ weeks, striking number one in the fall of 2015 where it remained for seven weeks. This was a first in 15 years for an independent artist. The song won for Alexe the No. 1 SOCAN Award.

On May 20, 2016, Alexe Gaudreault released her debut, self-titled LP. Track “Éclat” broke into the BDS Top 3. In June, she performed at home of The Habs, The Bell Centre, opening for Marc Dupré.

With very well written songs, expert production, and savory vocals, Alexe’s album is a winner, one of the best pop albums to come out of Canada in the last few years. The current hit single is “Écho” and a music video has been released which we have embedded below. The MV was shot in New York. This gal’s on fire.  iTunes

London award-winning composer Steven Hardy states on his Twitter, “A long time ago, Celine Dion almost recorded one of my songs. It’s been downhill ever since.” This is a modest statement coming from a man who has won two SOCAN songwriting awards, has had his music featured in a variety of domestic and international television programs, performed at jazz festivals in both Canada and Europe, and been recorded by the likes of Murray McLauchlan and John McDermott. But with his recent Christmas composition, Steven feels that it is time to invest in the future.

Maya Rae is a 12-year-old singing wonder from Metro Vancouver, passionate about music whether jazz, folk, soul, blues, or rock. She has recorded spine-tingling covers of songs by Heart, Joni Mitchell, Jason Mraz, and the Dixie Chicks. You wouldn’t believe that the voice is coming from someone so young. When Steven Hardy discovered her via a Facebook jazz group, he knew he had to have her voice grace one of his songs. That original Christmas song is “I’m Still Waiting For Christmas”. As you can see from the photo, Maya gives it two thumbs up. Maya Rae is set to follow in the footsteps of young trailblazers like Nikki Yanofsky to become one of Canada’s leading voices and is sure to spark a writing frenzy among the finest of composers. 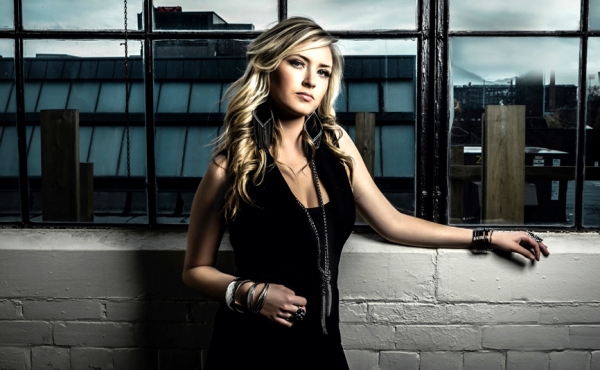 She has charted three songs on the Billboard Country chart, been named a SOCAN artist of the month, had eight songs featured in TV series Heartland, and won a 2013 Country Music Association of Ontario Rising Star Award. It’s high time for Brooklin, ON’s Lindsay Broughton (pronounced Brʌu’n) to launch her debut LP, Take Me There. She joins the growing list of sizzling female prodigies of country music like Jess, Kira, Lindi, and MacKenzie. Shortly after setting her album spinning, we were hooked. There is a welcome mixture of country rock and country ballad confections that shine with strokes of songwriting genius and vocals of honey.  iTunes