1970’s biggest hit in Canada was Simon and Garfunkel’s “Bridge Over Troubled Water”. The Guess Who had the most successful Canadian hit, “American Woman” (5th of the year). Below is a list of all songs by Canadian artists that made RPM’s year-end Top 100 as well as all that peaked in the Top 40 of the weekly charts. Bear in mind, that this is a picture of cross-Canada success. Songs may have charted much higher or lower in various cities as radio stations usually give local artists more support. Below the lists, check out some cool trivia regarding the year’s hits. 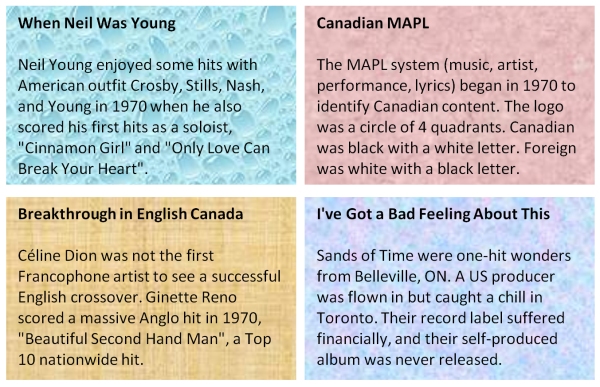